When you book with an account, you will be able to track your payment status, track the confirmation and you can also rate the tour after you finished the tour.
Sign Up
352

The Cultural Highlights Tour gives you a fascinating look into the archaeological & historical places in Sri Lanka. The tour attractions range from the ruins of ancient kingdoms to the beautiful hill country, rich in natural beauty.

Pick up from the Airport or from the Beach hotel in Negombo or Ahungalla.
Thereafter transfer to Pinnawala.

As you enter the 25 acre coconut property, do not be surprised to witness baby elephants being bottle fed or moving around freely causing absolutely no harm to anyone. It is rightly a sincere sight to observe how these gentle giants – orphaned and sometimes three-legged – are taken care of since 1975 at Pinnawala Elephant Orphanage. Up to date, over 20 calves have been born here, and it is surprising to hear that some of its inmates have even seen their grand children during the past few decades!
Watch as they feed at 09:15 am, 12:15 pm & 05:00 pm and take a river bath twice a day at 10:00 am & 02:00 pm respectively for an experience that could never be felt anywhere else on earth!

Do a city tour of Anuradhapura.
Commanding a rich Sri Lankan heritage, Anuradhapura – one of the greatest and oldest civilizations in the world spanning over 1300 years in its peak – avows of being the greatest city of ancient Sri Lanka following its reign as the first capital. The sapphire of its crown is certainly the Sri Maha Bodhi – the sacred Bo sapling extracted from the tree under which Lord Buddha attained enlightenment – standing more than 2200 years in its pride. Stroll through the sacred trails of the venerated city to adore the legacy that interweaves Ruwanweliseya – the gigantic dagoba resting alongside the Basawakkulama Tank – shading the Samadhi Buddha Statue & Isurumuniya Rock Temple that empower the culture, heritage and supremacy of arguably the strongest kingdom in Sri Lankan history.

Just 16km off the sacred city of Anuradhapura lies the cradle of Buddhism in Sri Lanka as the stone carvings and unending stairways proclaim a legacy which hinges the philosophy sermoned by Buddha – ‘The Awakened One’. This is the holy land which sheltered the first Buddhist sermon by Arahath Mahinda to King Devanampiya Thissa, when the Poson full moon brightened a forest used by the king himself for hunting. Walk passing a massive cooling fountain and head towards the renowned staircase of the temple. Feel the coolness of granite slabs as you shift from the ruins of a hospital to Kantaka Stupa built in 1st century B.C. enriched with magical hands of the Sri Lankan stone carver. Step into the courtyard and towards its left sitting calm, is the refractory. However, the highlights of the sacred land are Maha Seya – the main dagoba – and Aradana Gala, the peak of the rock assuring breathtaking viewpoints of the Kingdom of Lakes, Anuradhapura.

On completion, transfer to Kandalama.

Then transfer to Sigiriya.

The 5th century rock citadel of King Kasyapa and World Heritage Site – Sigiriya – doesn’t only boasts of ancient Sri Lankan engineering & urban planning supremacy but also acclaims to be one of the finest monuments of art & culture. Step through the gigantic ‘Lion Paws’ – overlooking the symmetrical royal gardens below – to comprehend the absolute splendor that once dominated this rock fortress. Surrounded by ramparts & moats the Lion Rock – resembling the mythological ‘City of Gods’ – is coated by frescoes that relate to Gupta style paintings found in Ajanta caves of India. Walk in the shade of an eminent ‘mirror wall’ embracing the Western face of Sigiriya representing an artistic hundred meters laminated with graffiti. Wander into the well-fabricated museum downstairs for an epic journey of yesteryears to realize how the citadel floated above citizens with the castle, ponds and irrigation systems that pumped water right onto its summit with an ingenious hydraulic system describing a colossal masterpiece of the great king which remained a wonder in Asia for centuries.

Rising with the decline of Anuradhapura, the city of Polonnaruwa – medieval capital & crown jewel of King Parakramabahu I – remains superior proof of ancient culture & heritage blended with religious beliefs. Walk across its scattered walls of the World Heritage Site – blessed by stupas, resting Buddha statues, irrigation canals and fantastically carved Hindu sculptures – while observing the relic house – Watadage – which boasts of beautiful stone carvings. Take a close glance and you will realize a subtle Hindu influence on architecture and statues found in Polonnaruwa. Or sit by the side of Galviharaya and observe the absolute beauty gushing out of every bend of its huge Buddhist statues. Nissankamalla Council Chamber is however, a head-spinning beauty to just sit back and observe with its swaying pillars reminding the aesthetics of a powerful kingdom which rests beside Parakrama Samudraya – sea of Parakramabahu & masterpiece of irrigation!

On completion transfer to Kandalama.

Visit Dambulla rock temple. A hub which has been treasured by many kings since the 1st century B.C. Today, an icon in the face of Sri Lanka Dambulla Rock Temple houses some of the most unique drawings in magnificently constructed 5 cave temples flanking the golden temple of Dambulla. Observe how exquisitely cave paintings are done along walls that shelter 150 statues of Lord Buddha. As you enter the retreat look straight up to the gigantic Buddha statue glittering in gold over a land which today houses an important junction in the country’s economic and cultural uplifting.

An agricultural zone in the Central Province, Matale seldom drops off the maps due to its remarkable contribution through flagship crops of the island extending from tea, rubber & vegetables to spices. Spearheading the Rebellion back in 1848, Matale today takes immense pride in its story woven around spices. Stop by the side of a spice garden – into which you will be most welcome – and observe the therapeutic values of spices & processes over a refreshing cup of herbal tea! Or spend sometime idling on the hardened streets if you mean a real town adventure filled with voices and colors.

On completion, transfer to Kandy.

First developed as a pleasure garden under royalty and later harmonized by the British, the Royal Botanical Gardens of Peradeniya – today bundled with the most welcoming facilities located just 4 miles off Kandy – is a flourishing national asset in the Wonder of Asia. Walk into this 147 acre bliss of an experience, passing well tended lawns, pavilions & an octagon conservatory to be greeted by the vast expanse of a magnificently landscaped lush green turf which will encourage you for an exhilarating break. Towards the north of the entrance rests a cafeteria that one might come across before stepping into some of the highlights – the orchid house & giant Javan fig tree – of this place which overflow in grace.

Do a city tour of Kandy.
Kandy – the World Heritage Site & last royal capital of Sri Lankan kings – crafts an array of culture, history and heritage in the minds of visitors across the globe. Experience an ancient Kandyan legacy engraved around its crown jewel, the temple of the sacred tooth relic of Lord Buddha. A stroll across this small lakeside town – cradled among the misty hills. will feature the Kandy City Centre – bundled with latest and world class brands, bazaar, an arts & crafts centre, as well as a gem museum & lapidary. Drive towards Victoria Golf Course, undoubtedly one of the best golf courses in the world for a sweep blended with class and style. Or walk in color as you glide through fresh fruits and vegetables in the Kandy market. Fine tube your evening by stepping to the beat of traditional music & drumming amplified by a cultural show enhancing the rich and vibrant culture of the Wonder of Asia, Sri Lanka.

Misty steep roads, twisting through lush green blankets of tea bushes in a cool climate, remind visitors that they are within the range of the renowned British colonial retreat, Nuwara Eliya. Augmented by an English countryside atmosphere, the city of light – once governed by English & Scottish planters – is still studded with colonial bungalows, hedgerows & one of the finest 18-hole golf courses in the world. A hike through the green grass and red-brick walls should present breathtaking views of a buzzing countryside hamlet. Hop into a rattling train smoking and hissing its way through green valleys of the hill country pierced by endless waterfalls & dotted by tea pluckers draped in bright-colored saris. Or rent a bike for a gentle ride along the banks splashed by the waters of Lake Gregory.

Visit Horton plains, Horton Plains, UNESCO World Heritage Site & Eco-tourism hideout in the heart of the isle, painted with unending stretches of green pastures marks one of the healthiest wet montane evergreen forests in Sri Lanka. With an altitude above 7000ft, the plateau sweeps to a robust 3169 hectares sheltering flora and fauna varieties that may be found no where else on earth. As the tributary of Belihul Oya – Bakers Falls – thunders down rocks head off the beaten track – across frost-covered grass – to feel the icy-cold wind against your face. You may even gaze down World’s End, a head-spinning 3700ft drop towards the Southern end or drive carefully through herds of sambar deer, shy to human touch & birdlife chirping across the plains. If you’re cautious enough you may be greeted by the sights of a grunting wild boar, a pouncing fishing cat, otters or even the ‘Spotted-Ghost that haunts the plains’, the Sri Lankan Leopard!
On completion transfer to Kandapola.

Do a safari of the Yala National Park by jeep. Spreading into a vast 1259 Km2 Yala – with its glory spinning around vast grasslands, shrubs, tanks and dunes – rightfully is the heartland of wildlife in Sri Lanka. As your jeep rumble through the giant gates of Yala, you are not only stepping into the most visited national park in the country, but also the lands of a civilization which thrived during the reign of Sri Lankan kings. You name it, and Yala has it! Its usual inmates cover herds of elephant, sloth bear, spotted dear, jackal, extensively populated birdlife as well as the highest density of leopards in the world that garnish the park to be one of the finest destinations in the country. Feel the rough track as your jeep thunders over rocks and swish passing narrow bends for an exhilarating experience blended with the cries of wilderness under the tropical sun.

Galle, the epic Southern capital, is the intersection where classic Dutch architecture meets a tropical setting creating a vivid atmosphere in beauty. Walk the Dutch-haunted streets listening to the creaks of wooden saloon doors and observe how European architecture mingles with South Asian traditions today flooding cultural enthusiasts on a global scale. Its original ramparts and bastions preserved up to date showcase evidences of a heritage preserved for more than 3 1/2 centuries. Walk clockwise within the fort to observe the ‘old gate’ carrying the British coat of arms. Flanking the old gate is the Zwart bastion – the oldest of all – and the lighthouse standing 18 feet in its glory next to the Point Utretcht Bastion. This Dutch bliss is painted with streets that spread in a rectangular grid pattern pierced with houses carrying Dutch colonial style verandas. However, its hallmark stands a reality where the Dutch fort remains a working community with its usual buzz of administrative offices, court complex, commercial buildings, churches and Southern folks frequenting its streets bracing the air of the Elysium of architecture, Galle!

On completion, transfer to the Airport for departure or to a Beach hotel. 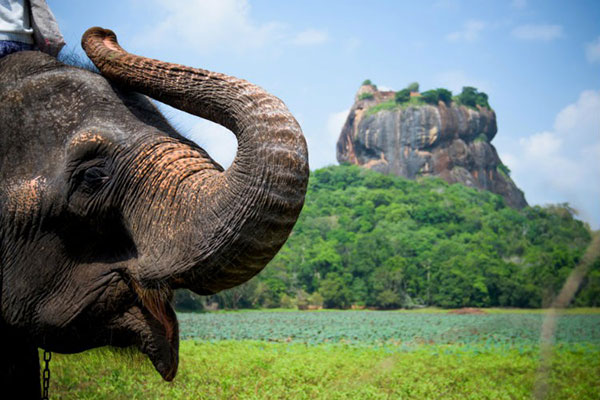 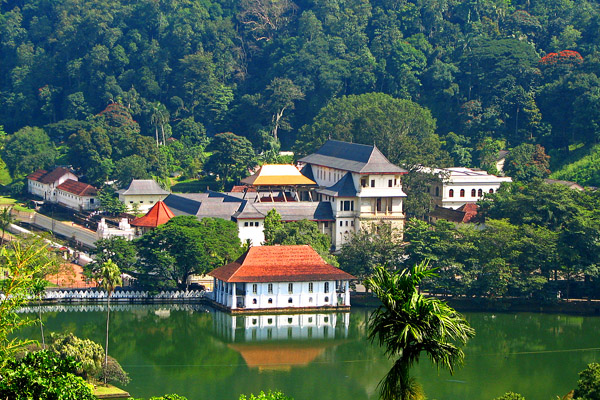 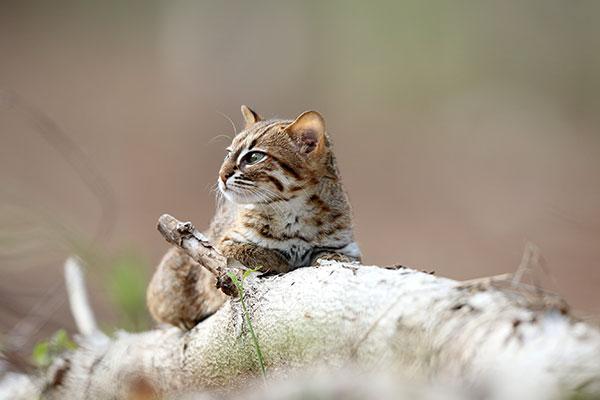