When you book with an account, you will be able to track your payment status, track the confirmation and you can also rate the tour after you finished the tour.
Sign Up
338

This tour will take you to the East Coast of Sri Lanka where the sands are milky white and the waters are crystal blue. Take a dip in the water, go snorkelling in the ocean or just lay on the beach enjoying a remarkable Sri Lanka beach holiday!

Meet and assist on arrival at Airport by Aitken Spence Travels Representative
Proceed to Negombo.

After breakfast proceed to Sigiriya and check in to the hotel.

In the evening enjoy elephant back ride safari which brings in multifaceted joys. Located within a fairly close range to Bandaranaike International Airport, Negombo – the cinnamon hub of the Colonization of Dutch – offers some of the most exiting diving stretches in the country. With quite a pleasant beach and lagoon watch how Negombo dishes out some of the best lobsters, prawns and crabs found in the country, right on to your table or simply grab your kiteboards for an enthralling fly over crashing waves. Today Negombo also represents an ultimate nightlife featuring bars, disco bars and clubs. So, jazz up to the rhythm of the West, and be ready for a night of ‘fest’, because at Negombo everything is ‘best’.

After breakfast proceed to climb the Sigiriya rock fortress

Climb the 5th century Sigiriya rock fortress which is a world heritage site, built by King Kashyapa (477-495 AD). The ‘Lion Rock’ is a citadel of unusual beauty rising 200 metres from the scrub jungle. The rock was the innermost stronghold of the 70 hectare fortified town. A moat, rampart, and extensive gardens including the renowned water gardens ring the base of the rock. Visit the world-renowned frescoes of the ‘Heavenly Maidens’ of Sigiriya, which are in a sheltered pocket of the rock approached by a spiral stairway. These frescoes are painted in earth pigments on plaster.

There after proceed to Polonnaruwa

Visit Polonnaruwa, which was the 2nd capital city of Sri Lanka built in the 11th and 12th centuries AD, and which is a world heritage site. Here you can see the ruins of the Royal Palace, the Gal Viharaya where 4 splendid statues of the Buddha in ‘Upright’, ‘Sedentary’ and ‘Recumbent’ postures carved out of rock could be seen, the Audience Hall, the Lotus Bath, the statue of king Parakramabahu, and the Parakrama Samudraya – a lake built by King Parakramabahu the great. There are also monuments of famous places of worship such as the Shiva Temple, the Lankathilake, the Watadage, the Galpotha, the Kiri Vehera and the remains of a former Temple of the Tooth Relic.

After breakfast proceed to Trincomalee

Trincomalee is a port city situated on the east coast of Sri Lanka. The city is built on a peninsula which divides the inner and outer harbours. Historically referred to as ‘Gokanna’ or ‘Gokarna’, it has been a sea port that has played a major role in maritime and international trading history of Sri Lanka. The Bay of Trincomalee’s harbour is renowned for its large size and security; unlike every other in the Indian sea, it is accessible to all types of craft in all weathers. The beaches are used for surfing, scuba diving, fishing and whale watching. The city also has the largest Dutch fort in Sri Lanka.

After Breakfast at the Hotel.

Visit to Fort Fredrick, Koneswaram Temple, the war cemetery and a boat ride to Pigeon Island on completion return back to the Hotel.

Pigeon Island, is one of the few marine national parks in the world and surely the most attractive marine national park. Pigeon Island is also a well known birds’ sanctuary. The island is colonized by a large number of rock pigeons and hence it is called as the “Pigeon island”. A small boat ride will let you to this awesome piece of nature’s creations. The sun, sea, beach, corals, singing birds and the sea breeze will give you an experience of a life time.

After breakfast proceed to Matale via Dambulla

Dambulla rock temple which was built by king Walagambahu in the 1st century B.C. and it is a World Heritage Site. It is the most impressive of Sri Lanka’s cave temples. The complex of five caves with over 2000 sq. metres of painted walls and ceilings, is the largest area of paintings found in the world. It contains over 150 images of the Buddha of which the largest is the colossal figure of the Buddha carved out of rock and spanning 14 metres.

There after proceed to Kandy

After breakfast proceed to Pinnawela

The Pinnawela Elephant Orphanage, established in 1975, commenced with seven orphans. Today some of these orphans enjoy the fortune of seeing their grandchildren born in the same location. The original objective of establishing the orphanage inclined more towards tourism, but is soon became a conservation and educational centre. With the help of local and foreign elephant experts, Pinnawela started a scientific captive-breeding programme for elephants. The free movement of the herd enhanced the chances for respective individuals of both sexes to get together and mate. The nearby river played a dominant role in this regard, and in 1984, the first baby of Pinnawela was born.

The success story of Pinnawela has drawn the attention of scientists from all over the world. A considerable number of books and research articles on Pinnawela have been published in several languages. The members of the Pinnawela herd have been filmed, videoed and photographed thousands of times by professionals.

In the evening do a Kandy city tour

Kandy was the last capital of the Sri Lankan kings and is a World Heritage Site. The name “Kandy” conjures visions of splendour and magnificence. Many of the legends, traditions and folklore are still lovingly kept alive. Drive around the Kandy lake built by the last Sinhala king, Sri Wickrama Rajasinghe in 1798. Visit the Kandy town and bazaar, the arts and crafts centre, a gem museum and a lapidary. Also visit the Temple of the Tooth Relic in Kandy. Thereafter witness a cultural show.

After breakfast proceed to Peradeniya

Peradeniya botanical garden was first built as a pleasure garden by a Sinhala king and was expanded by the British. It is 147 acres in extent and provides an amazing variety of trees, plants and flowers.

There after proceed to Nuwara Eliya via a tea plantation

Visit a tea plantation and a tea factory, where the best tea in the world is produced. Here you could observe all about the process of manufacturing tea. You can also see how tea is graded. Taste a cup of pure Ceylon tea in the factory.

After breakfast proceed to Nuwara Eliya

There after proceed to Nanu Oya and board the train to Haputale.

After breakfast proceed to a Yala safari

Do a safari of the Yala National Park by jeep. Yala is the largest National Park in Sri Lanka which is the home for wild elephants, wild boars, wild buffaloes, leopards, bears, deers and crocodiles. Large flocks of migratory and indigenous birds are also found here.

On completion return to Mandara Rosen for overnight stay

After breakfast proceed to Galle

Galle was once the chief port of Ceylon. It is still well known for hand-made lace. You can also visit the Galle Fort (spanning 90 acres) which was originally built by the Portuguese and later extended by the Dutch in 1663. This is a World Heritage Site.

**Dolphin and whale watching can be done in Mirissa during the periods of November to April **Whale and Dolphin watching: US$ 110.00 per person

Check in at Closenberg Hotel for overnight stay.

After breakfast proceed to airport via Kosgoda

Visit the Turtle hatchery in Kosgoda which is being operated by the Wild Life Protection Society of Sri Lanka. Several species of turtles, especially the endangered hawksbill are protected here. Most vulnerable of all are their eggs, which are left uncovered on beaches all around the coast. The goodwill of Kosgoda area fishermen who bring these eggs gratis to the hatchery has led to the hatching and have released around 100,000 young turtles in only two years since the hatchery opened. 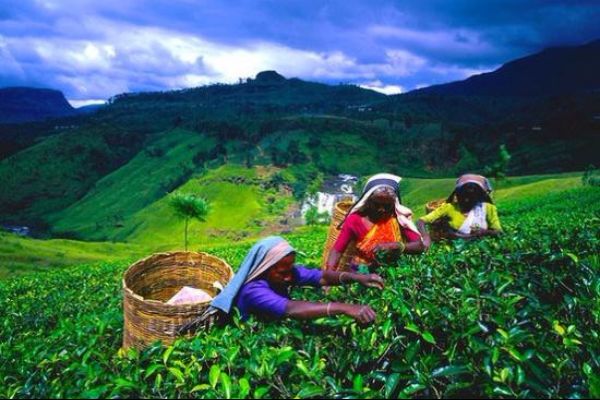 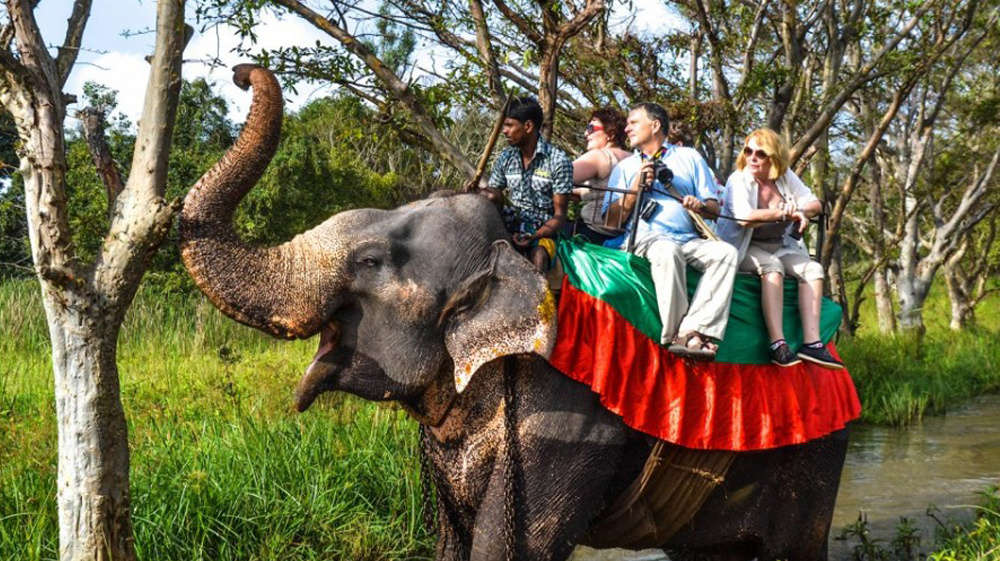