When you book with an account, you will be able to track your payment status, track the confirmation and you can also rate the tour after you finished the tour.
Sign Up
342

Malaysia is a Southeast Asian country occupying parts of the Malay Peninsula and the island of Borneo. It’s known for its beaches, rainforests and mix of Malay, Chinese, Indian and European cultural influences. The capital, Kuala Lumpur, is home to colonial buildings, busy shopping districts such as Bukit Bintang and skyscrapers such as the iconic, 451m-tall Petronas Twin Towers. 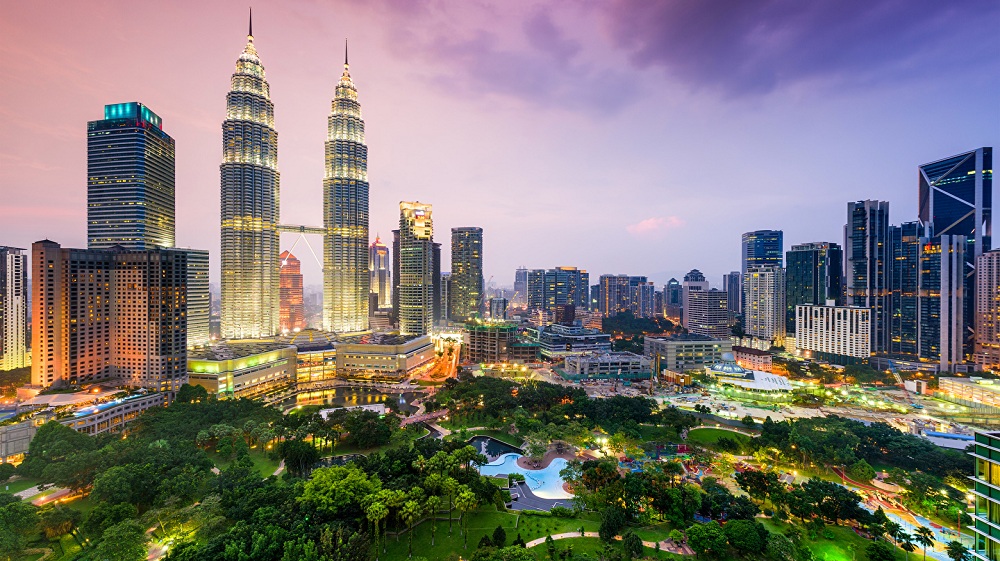 Kuala Lumpur, the sixth most visited city in the world, is the capital of Malaysia. Tourism here is driven by the city’s cultural diversity, relatively low costs and wide gastronomic and shopping variety. The major tourist destinations in Kuala Lumpur include the Merdeka Square, the House of Parliament, the Petaling Street, the National Palace (Istana Negara), the Kuala Lumpur Tower, the National Museum, the Central Market, the Monument, andreligious sites such as the Jamek Mosque and Batu Caves.The entertainment hub of the city is mainly centered in the Golden Triangle encompassing Jalan P. Ramlee, Jalan Sultan Ismail and Ampang Road. 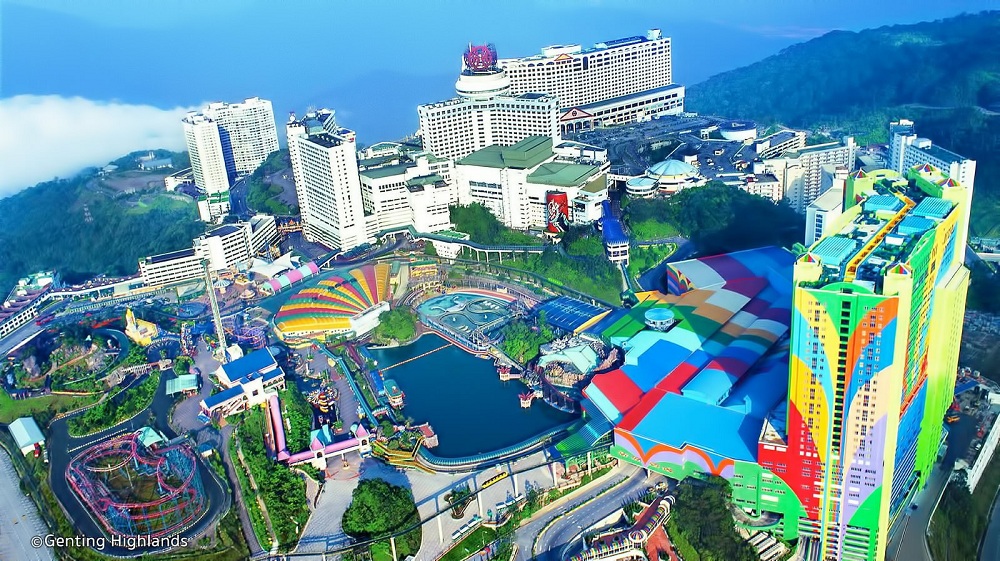 Known as the “Fun City Above the Cloud”, Genting Highlands is the only legal land-based casino, Casino de Genting, in the country and is owned by Genting Malaysia Berhad, a subsidiary of Genting Group. The resort has three theme parks which are Genting Outdoor Theme Park, First World Indoor Theme Park and Water Park. It is accessible by car from Kuala Lumpur in one hour, or also accessible by a cable car called Genting Skyway (3.38 km) which at its opening used to be the world’s fastest and South East Asia’s longest gondola lift. 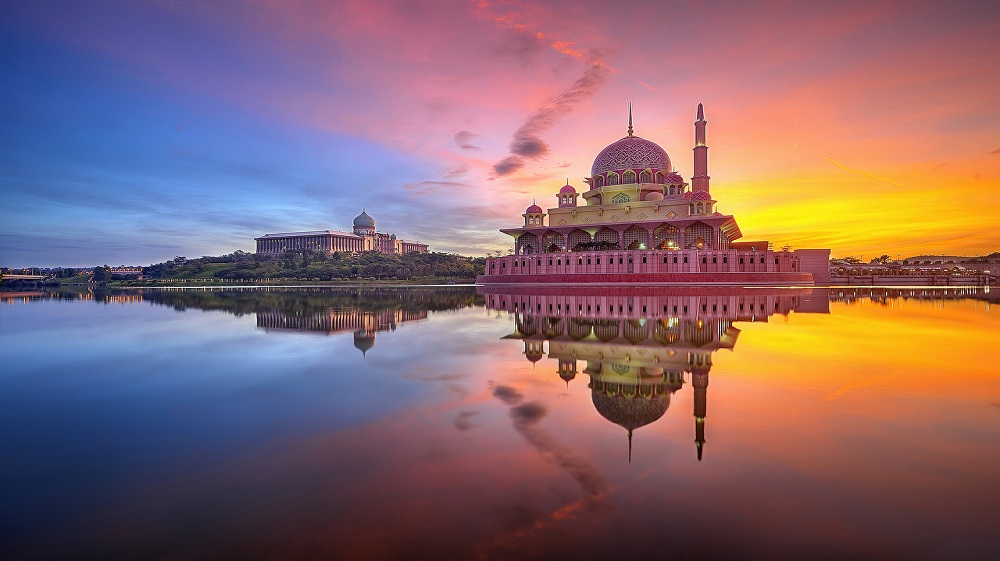 Putrajaya is a planned city, located 25km south of Kuala Lumpur, that serves as the federal administrative centre of Malaysia. The seat of government was shifted in 1999 from Kuala Lumpur to Putrajaya, due to the overcrowding and congestion in the Kuala Lumpur areas. In Malay/Sanskrit, the words “putra” or “putera” means “prince”, and “jaya” means “success” or “victory”. The botanical gardens, the Seri Wawasan bridge and a cruise by evening in the city is a must do when you visit the city. 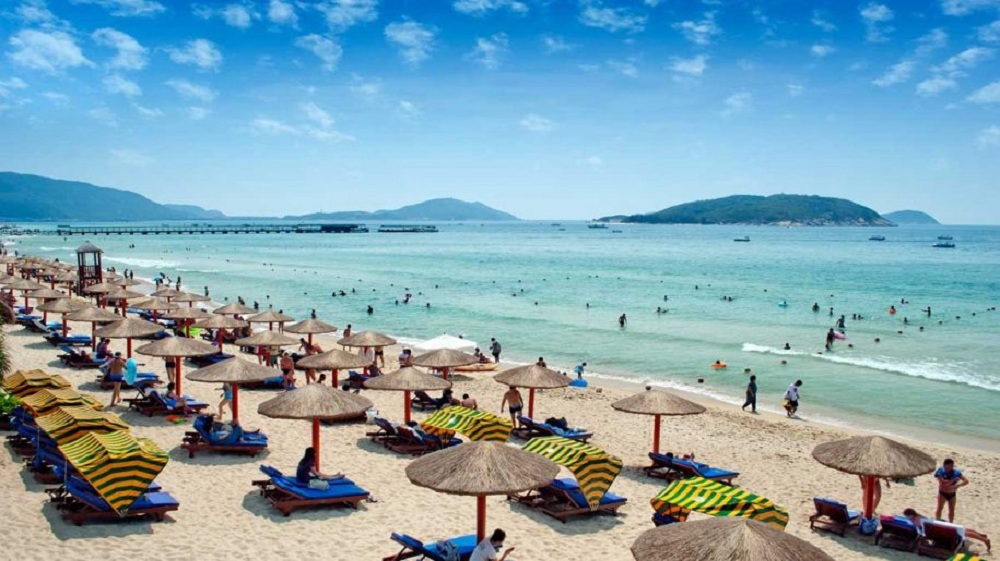 Officially known as Langkawi, the Jewel of Kedah is an archipelago of 104 islands in theAndaman Sea, some 30 km off the mainland coast of northwestern Malaysia. Malaysia’s best-known holiday destination, Langkawi is one of those places whose name alone summons up images of tropical romance and carefree days under swaying coconut palms. Fringed with long, sandy beaches and with an interior of jungle-clad hills and picturesque paddy-fields, it’s easy to see why this is Malaysia’s most heavily promoted tourist hotspot. Away from the built-up areas Langkawi is still a rural Malay island of small villages, rice paddies, water buffaloes and natural beauty. 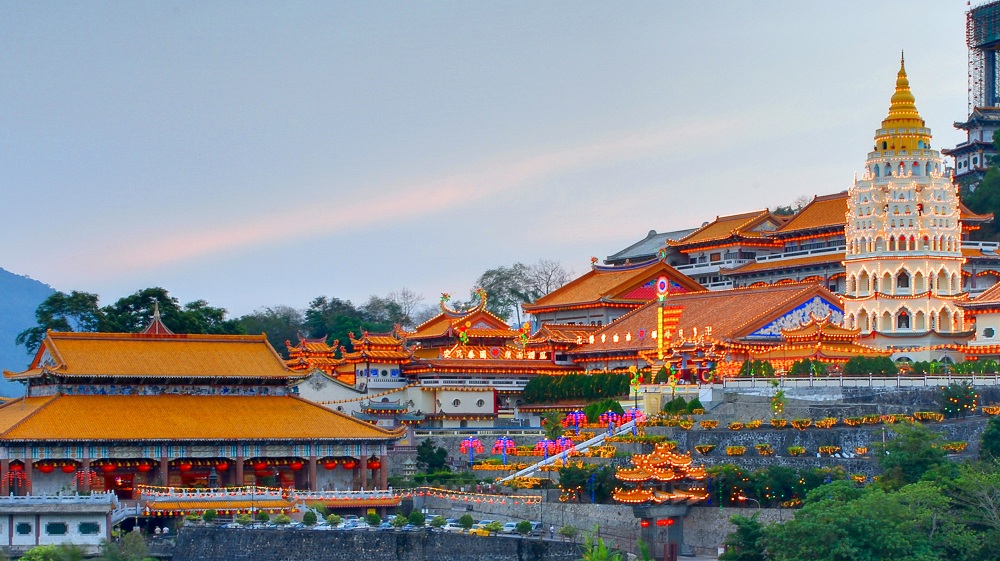 Like many company settlements, Penang wilted after the collapse of the British Empire. Today it’s become the ‘Silicon Valley’ of Malaysia although this high-tech world is scarcely noticeable to the casual traveler. Beyond the capital Georgetown’s heat and decay are beach resorts, such as Batu Ferringhi, and the sleepy Malay fishing village of Teluk Bahang. Entrepreneurs of every imaginable ethnicity, most notably Chinese, flocked to this new land, creating wealth and cultural hybrids. Penang showcases a religious fusion of Temples, as well as churches and Mosques. 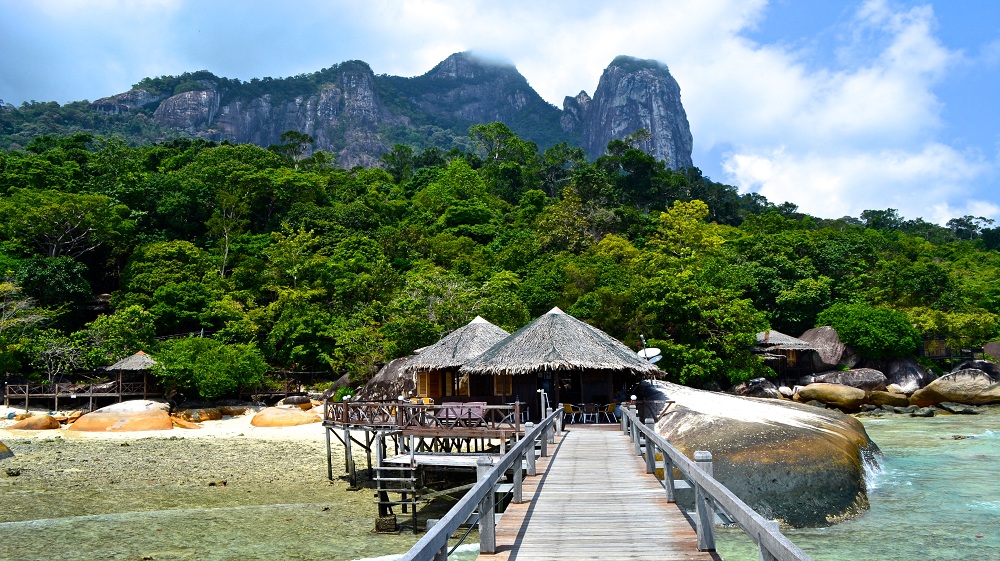 Like a giant sleeping dragon, the dark green ridges of Tioman Island rise up above the waters of the South China Sea. On closer inspection, it becomes clear that the dragon’s dark green scales are in fact giant trees and impenetrable jungle; that the grey claws are giant granite boulders and that the dragon’s horns are twin peaks with smooth, straight cliffs, surrounded with swirls of mist. The natural beauty of the island is its biggest attraction. Lush tropical jungle covers about 12,000 hectares of the island and countless mountain streams and waterfalls sustain the many protected species of mammals and birds. Tioman has options for every kind of holiday-maker: families with small children, honeymooners, scuba divers, backpackers, adventurers and even those looking for a slice of exclusivity and luxury. 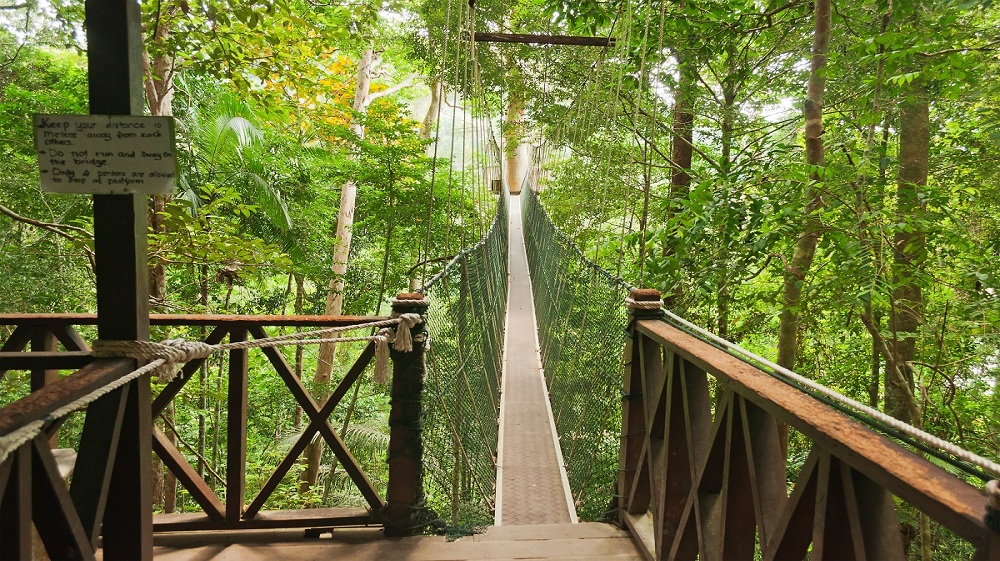 No holiday or vacation in the tropics is complete without visiting a tropical rainforest. And there’s no grandeur than to visit the TAMAN NEGARA, reputed to be The Oldest Jungle, The Best Kept Tropical Rainforest & The Great Natural Wonders of the world. By that it means that Taman Negara’s flora & fauna has evolved naturally over hundreds of millions of years without any disruption or major calamities. The stated purpose of Taman Negara is “to utilise the land within the park in perpetuity, for the propagation, protection and preservation of indigeneous flora and fauna”. With so much to see and do, a trip to Taman Negara is a must on your itinerary. 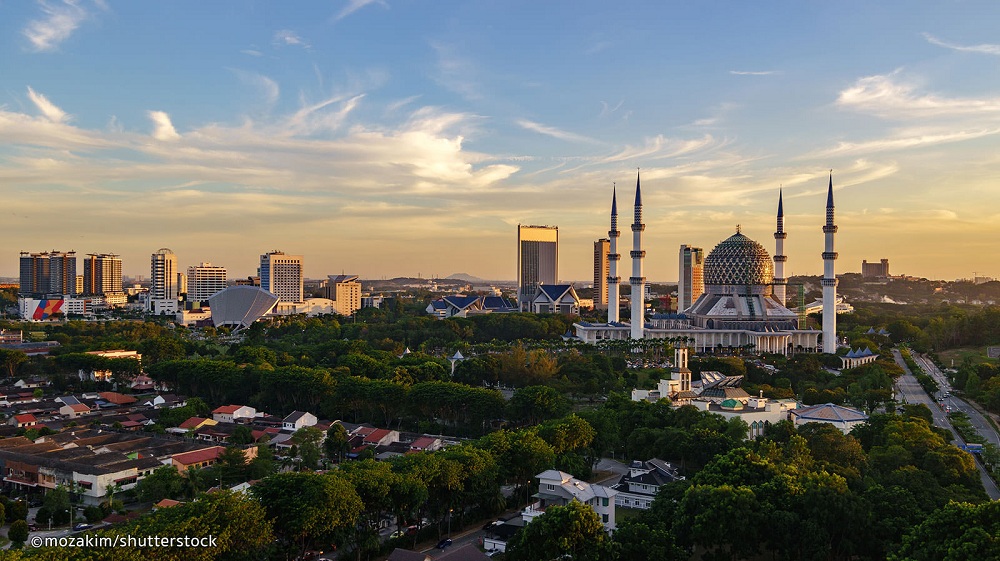 Located on the west coast of Peninsula Malaysia, the state of Selangor occupies some 125,000 sq. km. Outside its cities, Selangor is adorned with lush green vegetation that varies with the landscape and topography – from the coastal mangroves and verdant tropical rainforest right down to the charming fishing villages that dot the coastline. The great Titiwangsa Range runs across Selangor. Should you be inclined to trek up the many hills and mountains here, you’ll discover that they each feature a unique personality that is simply thrilling. 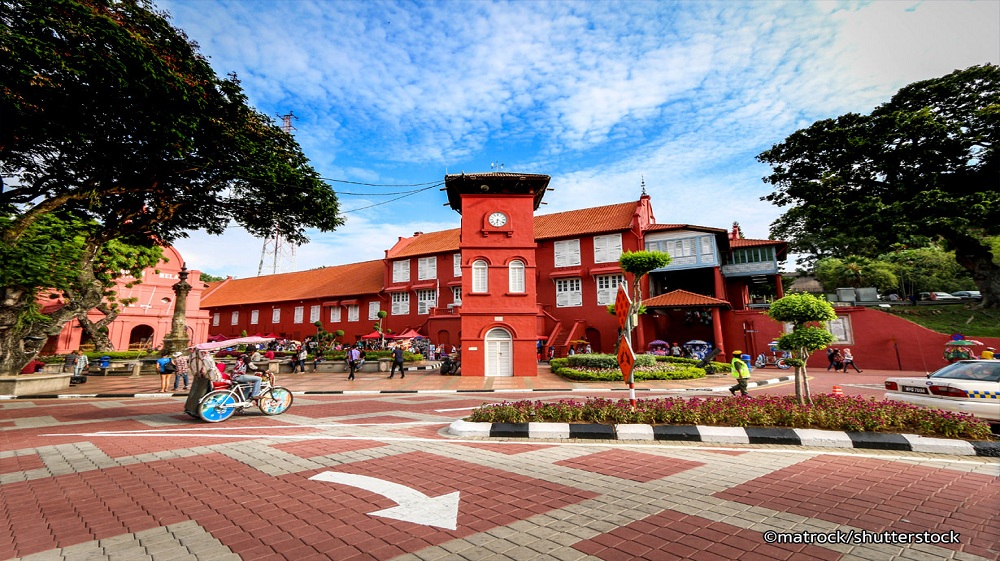 One of Malaysia’s most eagerly sought-after destinations, the small city-state of Melaka (Malacca) lures droves of visitors to its namesake historic port city, where they are quickly steeped in an intoxicating multicultural world of heritage architecture and the alluring aromas of distinctive local cooking. Melaka remains one of Malaysia’s most rewarding tourist experiences. Proud of its multicultural heritage, plentiful museums and assorted cultural attractions, plus the wildlife and theme-park attractions of Afamosa. Melaka is a tourist habitat par excellence. 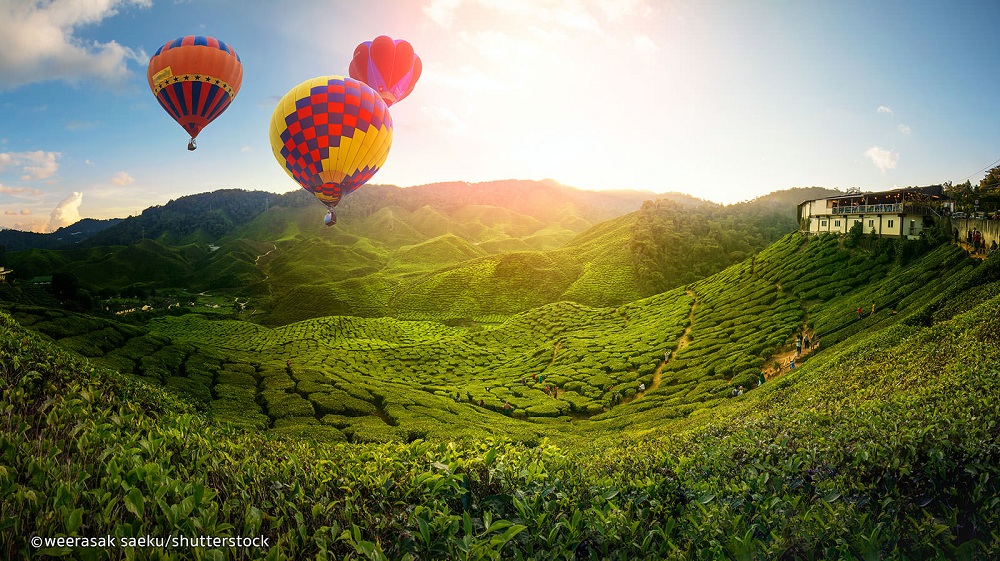 Malaysia’s most extensive hill station, about 60km off the main KL-Ipoh-Butterworth road at Tapah, is at an altitude of 1300m to 1829m. The Cameron Highlands is a vast area of rolling green hills, tea plantations and forests. There’s a network of jungle trails, waterfalls and mountains, and less-taxing points of interest, including colourful temples, rose gardens and tea plantations where visitors are welcome to try the local brew. Despite all the changes from an old fashioned English atmosphere, the regular rain, and the dampness and visiting hordes, the Cameron Highlands is still a relaxing destination and one of Malaysia’s most rewarding stopovers. 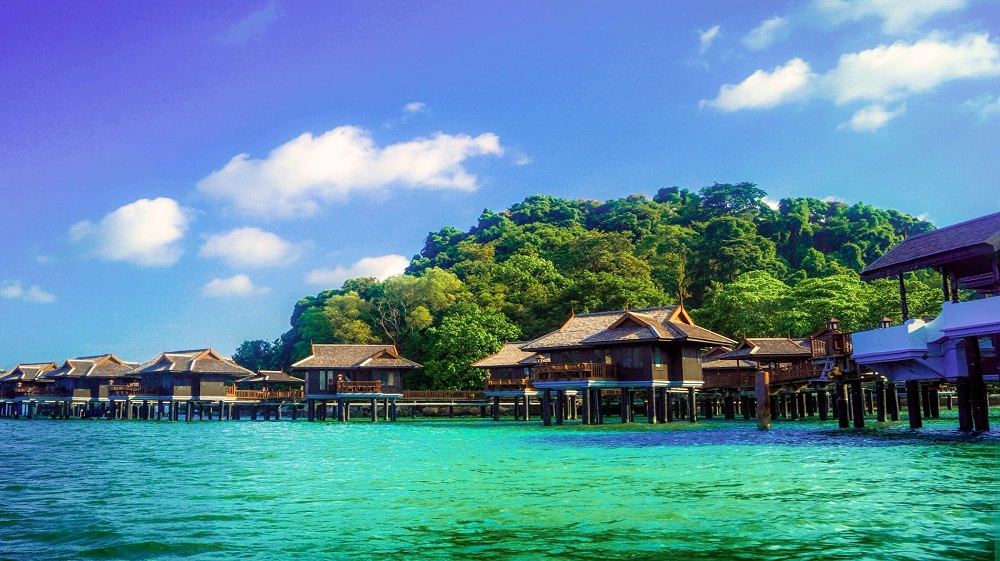 The island of Pangkor is low-key resort island noted for its fine beaches. The jungle-clad hills of the interior of this island, though, are virtually untouched. At 8 sq km, Pangkor is a small island, but that hasn’t stopped the state government from trying to promote it as one of Malaysia’s main tourist destinations. Fishing and dried fish products are still a major industry for the island, particularly on the east coast, with most tourist development confined to the west coast. Pangkor is a popular local resort. It can get very crowded on weekends and holidays when prices are highest, but during the week the beaches are almost empty. 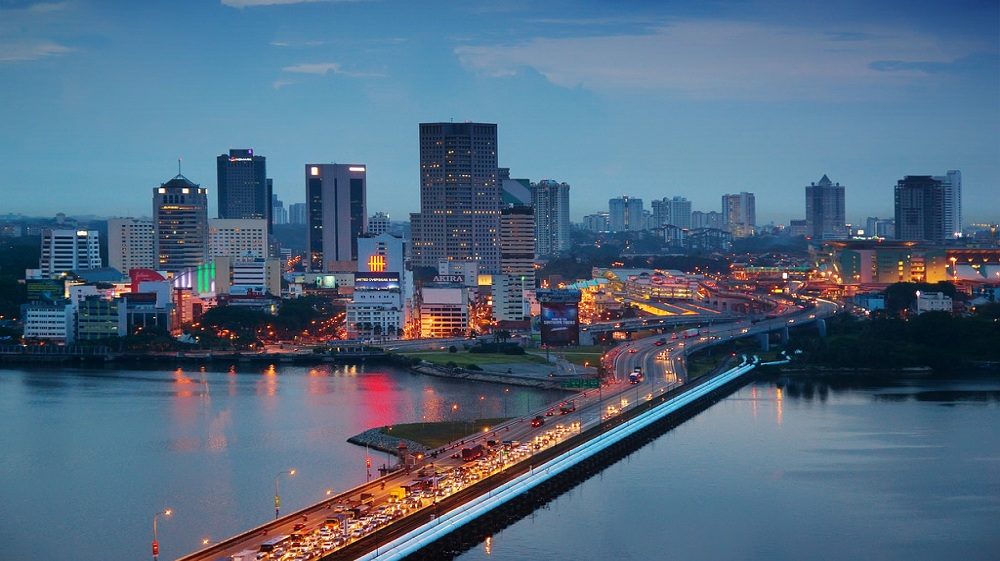 Capital of the state of Johor, Johor Bahru (popularly called JB) is the southern gateway to Peninsular Malaysia, connected to Singapore by road and rail. Economically, it is one of the most important states in the country with various large plantations. They include commodities such as rubber, palm oil, and pineapple. On top of agricultural products, Johor is also becoming an industrial base. It has even developed to become one of the most populated states with Johor Bahru (JB), its capital city, as the second-largest city in Malaysia.